Military retirement speeches should follow the guidelines of any effective speech.

Simple?  Not really. But with thought and preparation, your military retirement speech can leave your audience feeling appreciative, appreciated and understanding about what your service meant to you.

"I now close my military career and just fade away, an old soldier who tried to do his duty as God gave him the light to see that duty. Good Bye.”

Comment:  Probably the greatest military retirement speech ever made. Certainly it's one of the most famous.

"The potential for the disastrous rise of misplaced power exists and will persist. We must never let the weight of this combination endanger our liberties or democratic processes. We should take nothing for granted."

Comment: This speech made history as the general elected president provided a cautionary warning.

"Train your sailors not only to be a sailor but how to be a man, a woman, a father, a mother, a friend. In other words, shape your character the way our chief shaped us. Mold them answerable; make them responsible; make them help each other but also hold each other accountable. . .  Wear those anchors with pride and humility."

"The Army took in a young black kid from ROTC in the South Bronx and brought him to this point. The Army allowed me to climb on the shoulders of the Buffalo Soldiers and other African Americans who had blazed the trail of 300 years of American history. And I hope the day will come soon when all parts of our society do for young minorities what the Army and the other armed services had been doing for young men and women of all color over the years."

Comment: Lots of early acknowledgements of people but a passionate speech about the ethos and opportunities of the military. 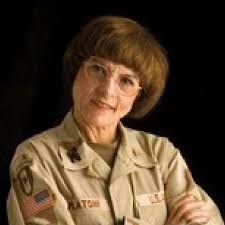 "You, my fellow Soldiers, Airmen, and law enforcement officers, are the best that America has to offer. That places you in the category of national treasures. "

"Life has too often been a sinkhole waiting to happen, but I never fell in. I had you as my life preservers. There is no one in this room who has not played some significant part in breaking my fall. For this, thanks and gratitude will never be sufficient."

Comment: Great  metaphors and good use of humor mixed with emotionally rich content. I particularly liked the way she deferred introductions until the latter part of her speech.

"I have both mentors and proteges here. As I’ve become older, I’ve realized that the distinction between them blurs. We’ve learned from each other."

"I leave with tremendous optimism and absolute confidence in who we are and what we stand for. Our nation and its armed forces remain the world’s  foremost symbol of strength and hope and of freedom. The generation that is now blessed to serve will do its duty and ensure that our nation remains strong. . . ."

Comment: You can tell by looking at the image that Gen. Dempsey enjoys humor and blends his serious comments with light touches.

I’ve had a lot of moments in my career, many more that just these few I’ve shared. But when you really boil it down, here are my key gems of wisdom:

Comment: This summary reviews five points he made  during his speech that were supplemented with stories and humor.

The men and women in your armed forces are the best we’ve ever known. They believe in what they are doing and all I ask is that you continue to believe in them. Continue to look for ways to reach out to them and to their families, to watch over them in what I call this sea of goodwill that I know exists within this country. War has changed them and their loved ones forever, but it has not changed their dreams. You can help make those dreams come true. Hire them. Help them. Help them buy a home and get started on a path to an education. Give them a chance . . . that’s all they want.

Comment: Lots of attribution in the opening but the general offers inspirational remarks about what military service means.

Because this crowd is pretty big, I’ve divided you into four groups. Please remember your group number.

Group 1 are all the people who accepted responsibility for making this ceremony work. . . from the planners to the soldiers on the field. My apologies for the time you spent in the heat. You’re special people. And in my mind you represent soldiers all over the world.

The second group is distinguished servants of all nations who have taken time from your crushing schedules to be here.  . . .

Group 3 are warriors of all ranks. And that includes many who don’t wear a uniform but defend our nation. . . with whom I have shared aircrafts, VTCs, remote outposts, frustrations, triumphs, laughs and a common cause for many years. . . .

Finally Group 4 is all those who’ve heard we’re having two kegs of beer in my backyard after the ceremony. This group includes some of my classmates, old friends, warriors in group 3 and anyone carrying a plastic cup might be considered a vanguard of group 4. Everyone here today is invited to join.

Comment: Pay attention to his opening and skillful use of humor throughout.  He also acknowledges people without forcing his audience to listen to every name. 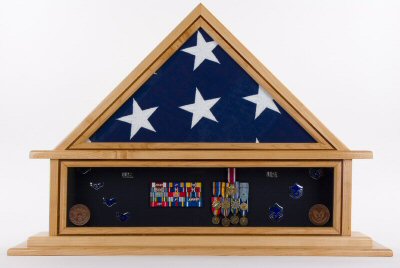