Organizations everywhere will be having a boomer retirement party in the near future. Why?  Because according to statisticians, something like 16,000 Baby Boomers turn 65 every day.

Odds are, the retiring Boomer (defined as one born between 1946 and 1964) has been with your organization for quite a few years as they are much less likely to job-hop than their younger peers. So if you're celebrating the retirement of someone who has been with your company more than a few years, you certainly want to give them a good send-off with a short speech or appropriate message.

Here are some  verses,  ideas and tips that will help you  celebrate a boomer's retirement whether you're giving a party or sending a card..

The verses below play on the positive stereotypes about boomers at work. Many have been workaholics who value their contributions to the workplace. So if you are hosting a boomer retirement party for someone who has been an asset to your office or organization, here's a set of limericks that pay tribute to the retiring boomer.

There's a few things we like about boomers.
They actually have quite a lore.
They do all their work.
They never will shirk
And are last on their way out the door.

It's  good to learn from a boomer.
Work's where they've spent most of their lives.
They know what to say
When nerves start to fray
And to keep quiet when silence is wise.

One problem I do see with boomers . . .
They're often unsure of new tech.
When forced to make upgrades
They act like they're dismayed
"Cause issues are what they expect.

It's a fun thing to watch a boomer
With their last decade's fashion sense.
They're done with the fads
They're unfazed by ads
And don't put much stock in pretense.

One thing about working with boomers
Is they're ready to share what they know.
As mentors they teach
Without trying to preach
About what works with sensible flow.

When you see a boomer come toward you
They'll be standing tall and erect.
Their years make them wise;
They'll look straight in your eyes
And they'll want to shake hands and connect.

We love to have projects with boomers
Though sometimes they're not so much fun.
When a task seems too tough
They won't say, "Enough!"
They'll just dig in till all work is done.

I'm glad to have worked with this boomer
Who is leaving our workplace behind.
You've helped this place grow
In fast times and slow . . .
You should now have the chance to unwind.
. . . Thanks for everything. We'll miss you! 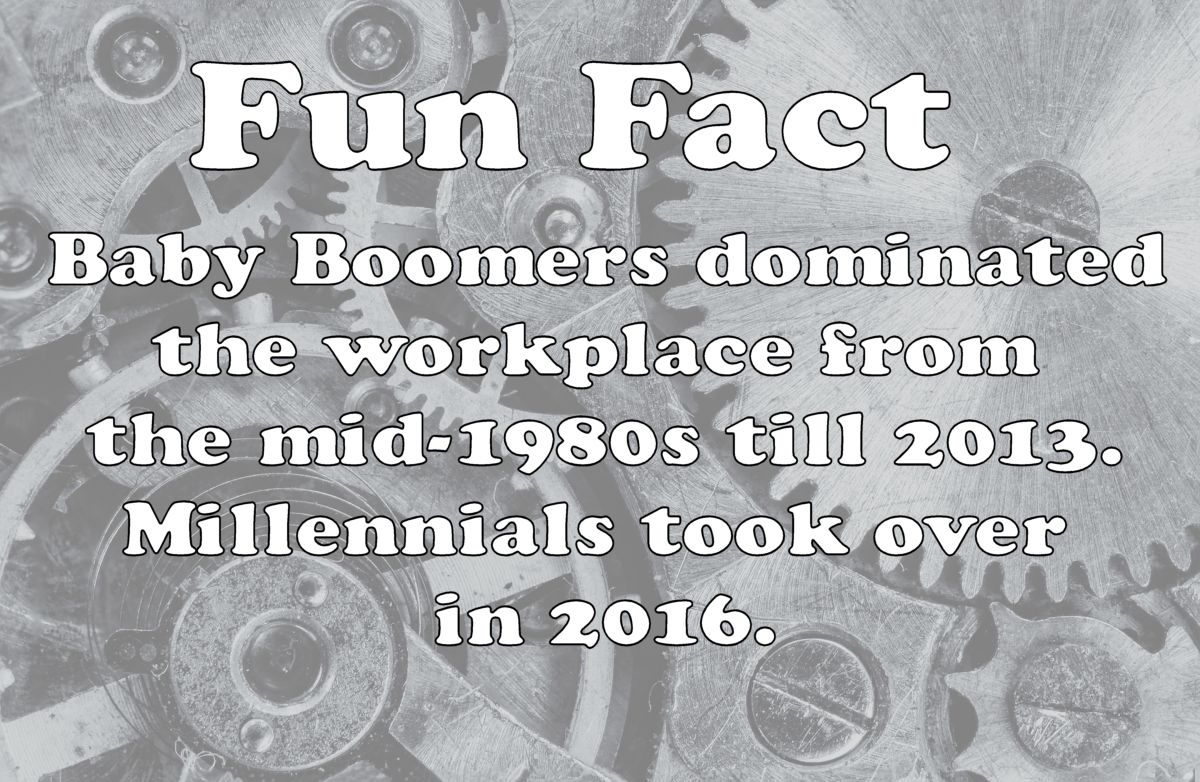 How not to give a retirement speech

You don't want your retirement speech to come off like this one  excerpted from a Saturday Night Live skit. (The clip loops so you'll have to manually stop it.)

There is this idea that appealing to youth is the only way forward. But that is no longer the case. Youth is not everything. Now we have all the baby-boomers in their 60s, like me, who are actively engaged in life. We're not retiring; we're not just being put out to grass once we hit 60.
-- Julie Walters

Now the baby boomers, i.e. us, are getting older and suddenly discovering that there are great things about getting older. You have time for your friendships and you appreciate them in ways that you didn't before.
--  Anna Quindlen

Facts about boomers for your retirement speech